The Defender – Coming Back Home 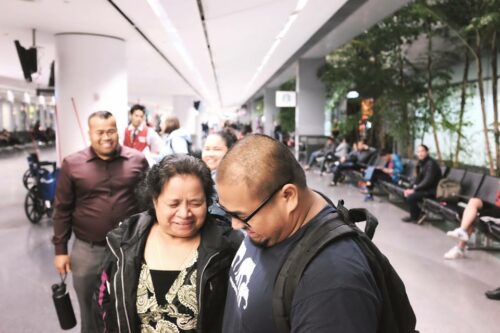 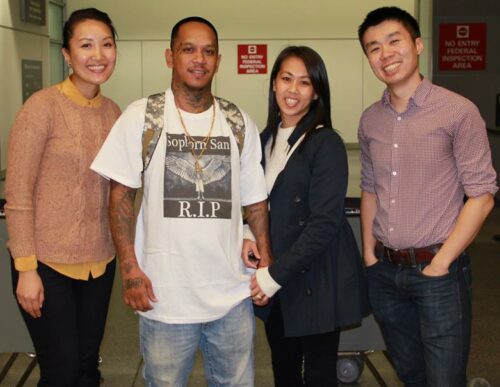 After a deportation, the pain of a loved one’s removal never truly fades. It is evident in every missed birthday, every distant phone call, and every night alone. In most cases, the separation is permanent, but not always.

In the last six months, we have successfully secured the return of two deported Cambodian Americans, a feat once thought to be impossible. The two men, Phorn Tem and Veasna Meth, are believed to be the first people ever to return from deportation to Cambodia. Today they are back home with their families, reunited with the loved ones they once left behind.

The circumstances that led to Phorn’s and Veasna’s deportations are all too familiar in Southeast Asian American communities. The tough-on-crime policies of the 80’s and 90s funneled an entire generation of leaders into prison cells and deportation proceedings.

For many years, the Cambodian government refused to issue travel documents to accept deportees like Phorn and Veasna. While both men’s families once fled Cambodia seeking safety from a genocidal regime, neither of them were actually born there. Like many of the Southeast Asian refugees currently facing deportation, Phorn and Veasna were born in refugee camps outside of Cambodia, and had never before set foot in the country to which they were eventually deported.

Phorn was detained by ICE and deported in April 2018 for a decade-old marijuana conviction. After his deportation, Staff Attorney Melanie Kim worked with Phorn’s family and his criminal defense attorney to vacate his conviction and terminate his removal order. Melanie argued – and an immigration judge agreed – that the removal order was no longer justifiable because Phorn’s  underlying conviction had been deemed invalid. Phorn landed back in San Francisco in November 2018.

Veasna spent the last five years in Phnom Penh after being deported in 2014. While there, he suffered near-paralysis from a traffic accident and was forced to relearn how to walk, thousands of miles from those who would otherwise be able to support him. After learning about Veasna’s situation during an immigration clinic in Cambodia, Staff Attorneys Kevin Lo and Melanie Kim worked together to reopen his case and secured his return back to the US in February 2019, where he was welcomed home by his wife Sandy and their two young children.

These remarkable victories were made possible by the fierce dedication and tireless efforts of our Immigrant Rights team, particularly Melanie and Kevin. Still, if you were to ask the two of them who is really responsible for this tremendous victory, both would point to the remarkable community leaders who continue to rally Southeast Asian Americans of all ages and ethnicities to demand justice for those at risk of deportation.

For now, Phorn’s and Veasna’s stories are exceptional. We hope that their returns inspire others not to give up hope that it’s possible to fight deportation. With the latest round of ICE raids targeting Cambodian American communities currently underway, it’s essential that we support one another in this time of need. Visit SEAraids.org for more information about Southeast Asian deportations and resources on how to prepare, and contact our ICE raids hotline at (415) 952-0413 if you or a loved one comes into contact with ICE.