In 1968, Juanita Tamayo Lott was a student at San Francisco State University and became an activist during the Third World Strike when mostly students of color walked out of the campus and participated in a campus-wide strike for Ethnic Studies. That period of activism shaped her lifetime of advocacy for social justice causes and philanthropy.

Juanita went on to become a policy analyst – mainly with the U.S. Bureau of the Census – before retiring a few years ago. She is also the sister of Bill Tamayo, who was an ALC senior attorney and managing attorney, and now the District Director of the Equal Employment Opportunity Commission.

We are deeply grateful for Juanita’s generosity and support for Advancing Justice – Asian Law Caucus over the years. 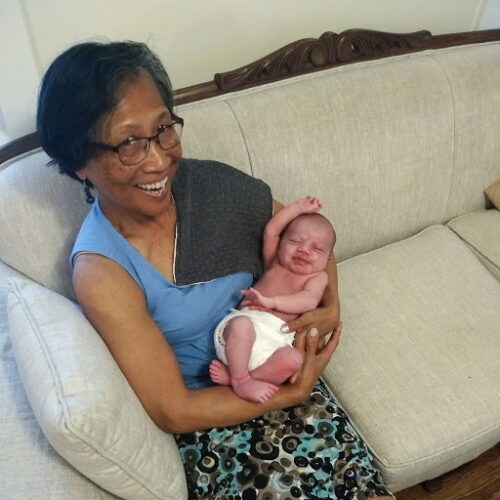 How did you become involved with Advancing Justice – Asian Law Caucus? What drew you to become a major donor?

I’ve been involved with the Asian Law Caucus since 1973 when Dale Minami came to DC where I worked in the Office of Asian American Affairs at the U.S. Department of Health, Education and Welfare. Through Dale, my brother Bill, and Peggy Saika, I’ve been abreast of ALC since then. In DC, several young Asian Americans I met on the job or in community work became interns at the Caucus. Also, I worked closely with Karen Narasaki on various policy issues in DC over the decades before and during her leadership in Advancing Justice – AAJC.

I recently became a major donor when I met Aarti Kohli and Paul Ocampo at an ACLU immigrants rights rally in 2017, and realized the importance of highly visible Asian Pacific American leadership on this and related issues right now. I have practiced strategic philanthropy since 2008.

What aspects of ALC’s work and programs are most meaningful to you?

What about today’s political climate is most concerning to you?

Apathy and complacency of American citizens and residents to be actively engaged for the larger good and to understand that we are in constitutional and institutional crises.

How did your experience with as a student activist at SF State affect the rest of your adult life?

I took the lessons learned —“We the people”; “Serve the people”; “A people united shall never be defeated”; and “Failure is not an option” — to my work in graduate school; my career in the federal statistical system fighting for accurate and complete population enumeration and representation, and statistical literacy; and my community and civic work locally, nationally and internationally, as well as my literary and scholarly works.There are two fundamental systems of the United States, one is the legal system and the other, where I concentrated, is the federal statistical system. Unless you are counted, you don’t exist. At the end of the day, we do the numbers.

What makes you hopeful for the future?

I am 9 month old Joanna Rae Lott’s grandmother. The children will lead us as I say in my book,  Golden Children: Legacy of Ethnic Studies, SF State. A Memoir. As a demographer, I believe that the worst of times are followed by the best in times in spiral fashion throughout history.  Failure is not an option.

What is the most important thing that one of your parents taught you?

That I am loved as part of something bigger than myself and to be thankful.