One of the things that Advancing Justice – ALC is known for is helping create the next generation of API leaders. Many accomplished and passionate people have walked through our doors in the past 46 years. Their unique perspectives and experiences made Advancing Justice – ALC a better place, and we like to think that our model of community lawyering has grounded our alumni as they move forward in their careers. Judge Dolly Gee, Judge Edward Chen, and Quyen Ta are three of these incredible alumni.

Did you miss the NPR feature of alumna Judge Dolly Gee, who is presiding over the family separation case? Judge Gee was an extern at ALC in 1982 while she was in law school. Advancing Justice – ALC alums Bill Tamayo and Dale Minami were also interviewed to speak about Judge Gee’s many accomplishments. Read & listen to “The Federal Judge At The Center of A Fight Over Migrant Separations.”

Another ALC alumnus, Judge Edward Chen, recently suspended the Trump administration’s decision to end temporary protected status for hundreds of thousands of immigrants from El Salvador, Haiti, Nicaragua, and Sudan. This ruling recognizes the cruelty of ending TPS and prevents the immediate deportation of valued community members from across the country. Read more about Judge Chen and this important decision.

In 1999, Quyen Ta was hired right out of college as a paralegal and community organizer by ALC. As the daughter of young refugee parents who fled Vietnam, she contributed a deep sense of political and cultural awareness of the struggles of recent immigrants and an ethic of tenacity instilled by her family. 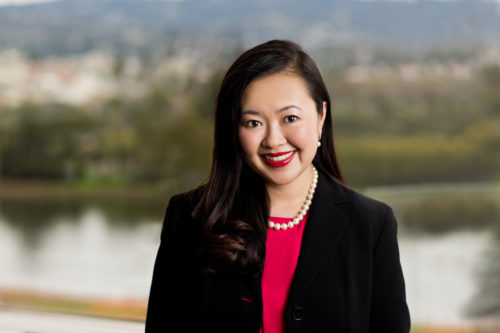 That tenacity and her experience at Advancing Justice-ALC, where she was inspired by other API women lawyers, led her to law school. Now Quyen is a high-powered litigator at Boies Schiller Flexner LLP and a mother of 8-year-old twins but she still manages to find time to volunteer and serve on our Leadership Council. She has helped create fellowships, found co-counsel for impact litigation and provided many hours of cheerleading and advice to our staff. We’re inspired by Quyen’s faith in us and feel fortunate to be her partners in ensuring that vulnerable communities have access to justice.