In Defense of My Home

I come from Guangzhou, China where I was born in May 8, 1944. Guangzhou was a big city and my first job was with a government-owned company where I worked as a packer and a mover. In 1965 I married my neighborhood sweetheart, who I still live with today in my Community Land Trust apartment with our two sons and one grandson. His American name is Benson, but he is the Morning Dragon to me; that’s the Chinese name I’ve given him. I first came to America on June 4, 1992 because my wife’s brother petitioned us to come over. I was sad to leave China because all of our culture and heritage was there. I still have fond memories about China, but I followed my wife and my in-laws for a more promising life. When I first got here, the hardest part was learning all the bus routes and the language barrier because we never learned any English in China. We lived in Chinatown near Powell Street.

That would’ve cost City College $8 million, and City College wasn’t willing to spend the money. City College respected us tenants but eventually found it hard to find new places for us to live and tried giving us money to compensate our searches for new homes. Because I was a newcomer to America, I thought that City College giving us money was our only option. I didn’t know I could fight for my rights to stay here, but after a fellow tenant told me about my rights there was no way I was going to accept losing my home.

After City College’s plan with YMCA fell through, in 2002-2004, the tenants, all of us Chinese, had big arguments and conflicts with the College. This is when we decided to call the Asian Law Caucus. We first talked to CCDC and ALC in 2000. ALC talked to City College and the old landlords. If the tenants knew that City College was planning to tear down our building and evict us, we would have just bought the building because the landlord didn’t care who bought it; he just wanted the money from the sale. I personally worked with Gen through translators, then Malcolm. Gen and all his staff were very good to us, and he used all his efforts to help us.

Around April 2005, the City College gave up on the building and sold it to the Community Land Trust. We figured out how to establish a co-op and how to obtain the building. All the tenants felt like the storm was over and everything was more relaxed. The pressure was gone. The first time my two sons came over in 1999, they were still single. My eldest son eventually got married and had a son, and we all live here now. My grandson, the Morning Dragon, loves living here. He was born in China but moved here in 2004. The USA has a law that we can’t even think about in China because the government owns everything. I love living here because the USA abides by the law. I think about the ALC whenever I think of low income residents and seniors in our community because I know the ALC will help. I am so lucky to come to the USA and feel true freedom and democracy. 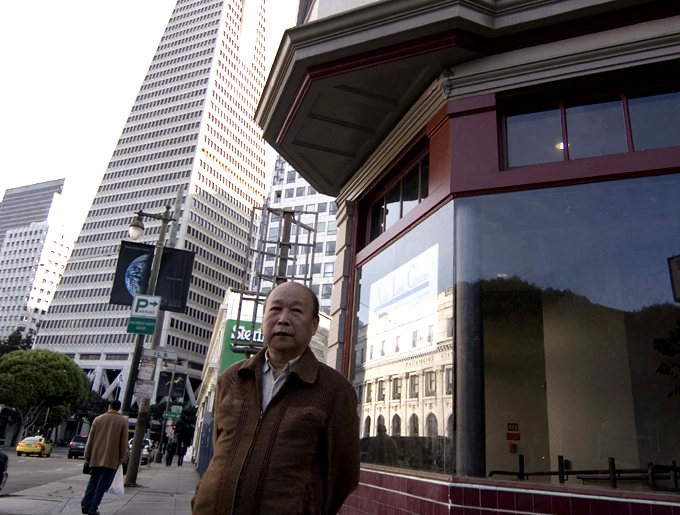